Bearding 101: How to keep an awesome beard

How The Beard Started

I’ve had a beard for longer than I can remember now. That is not saying much though as I have been known to be a bit forgetful on dates and times…Don’t tell Dana this though.

I originally grew it out when I took on a Sales Management job. Having some much older reps that would be reporting directly to me, I thought it would make me look a bit more “seasoned”.

Over time the beard started to do its own thing and take on its own life. This was especially the case during a Holiday break when I decided to grow it out. Back around 2010, The Beard wasn’t really accepted in the business professional world and especially in Sales. But the lil lady of mine really liked it so I rolled the dice, kept it long and headed back to work over the break.

I was curious what the reaction from corporate would be. When we had a joint meeting the West Coast VP came up to me and said, “Dang, I wish I could grow a beard like that.” And I thought wow, I’m actually going to be able to keep it this long for a minute. Any doubts I had were quickly removed when I was presenting to some C and D level suits. A director turned to me on a break and asked to get a selfie. He wanted to send it to a friend to show him how a beard should be grown!

It certainly has become a part of my identity and I kinda like it. And I must say it feels pretty good to get compliments on the regular about my beard from both the fellas and the gals alike. Each offer a different type of compliment though:

The Dudes want to know how to keep it maintained. They are envious that it’s a full beard without patches and the fact that I can run a full beard when their job, gal or genetics prevents them from looking like a lumber jack. High Fives, knuckle bumps and the fellow beard nod are the typical forms of compliment.

The Ladies typically are more reserved in letting you know that the beard is working for them. I’ve had everything from a mild compliment to a “I need to touch it” beard grope. I’ve even had some offers to be a beard model.

Tried and true steps for keeping the Beard in line

*Added bonus here: Your significant other will be blessed by having a million little pieces of you in the form of your rejected cut beard hairs. They  will be littered all over the bathroom so that they can make a little hair doll of you to hold tight when you’re not around.

If you decide to shave it off, you won’t like what you see underneath. You’ll question “where did my chin go?” and instant regret will fall over you as you find yourself looking in the mirror hoping the 5 o’clock shadow will start coming in.

Food – be prepared change your eating habits. Yes, you will be that guys that eats pizza, bagels and sandwiches with a fork and knife or you will smell like your last meal. Think of it like playing that old Doctor game where you get buzzed if you touch the sides!

Drink – Plastic straws may be on the outs and in fact bad for our environment, but they save a mustache from smelling like a boozer or frat kid.

Not all Gals are in to it! – you’ll need a lil lady that is looking for a hunter and not a gatherer. Be prepared to make out with your own mustache. 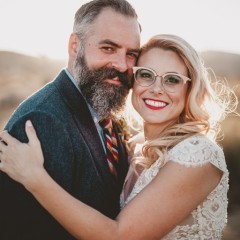